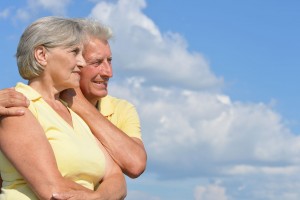 With the advent of the Longevity Revolution you and I, and all baby boomers and future generations have the potential to live a longer and healthier life than any previous generation could even have dreamt of.

This is good news for us personally, and for Humanity in general. The world cannot afford to waste the vastly under-utilised and under-rated resources that experienced and highly trained older people possess.

Unfortunately, to a large extent, the developed nations are still ignoring these dramatic changes and consigning people to the scrap-heap to become a potential burden on their social security systems, when they could be continuing to contribute, to earn money and reduce this looming burden on society that has every government in the developed world worried about how they will fund the increasing social security and medical costs. 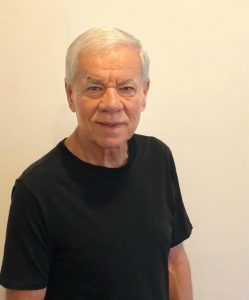 Now this is not me on a hobby horse. It’s me trying to help people, society in general and governments to understand the new reality and the opportunity that exists to easily overcome any under-funding issues that governments believe they are facing with their social security systems.

In most, if not all Developed Nations, the rights of the growing numbers of older people to be given equal opportunities and respect are being ignored as a result of long-held beliefs, which  have resulted in an ingrained age-prejudice.

In fact, it is so ingrained that no matter how skilled or experienced you are, even for people as young as 45, trying to get a new job today can be a real challenge.

It is in the interests of all Nations and the World to utilise the wisdom and knowledge that older people have gained on their life journeys to make the present and future world a better place.

For the first time ever, in many developed countries, the percentage of the population over 65 is equal to or exceeding the percentage that are 14 or under, averaging around 15%.

This is due to the above factors, exacerbated by the baby boomer generation, born after World War 2, between 1945 and 1964, now reaching retirement age.

This trend is set to continue, and it has been concerning governments and policy makers for some time. Keeping this growing ageing population healthy and active has become crucial if we are to avoid unsustainable growth in Government debt and unsupportable strains on our health and social security systems.

So there are many reasons why it is in everybody’s interests to solve the problems of ageing; to allow this growing generation of older people to remain healthy and active, so that they can continue to contribute to society, rather than becoming a burden that society has to bear.

To meet the long-term care needs of Baby Boomers, social and public policy changes must begin soon. Meeting the financial and social service burdens of growing numbers of elders will not be a daunting task if necessary changes are made now rather than when Baby Boomers actually need long-term care.

A major public policy concern in the long-term care field is the potential burden an aging society will place on the care-giving system and public finances. The “2030 problem” involves the challenge of assuring that sufficient resources and an effective service system are available in thirty years, when the elderly population is twice what it is today.

The concept of Retirement has changed forever.

Employers are concerned about a skills shortage and that there won’t be enough people working to fill the jobs required.

The government is concerned about the cost of health, aged care and pensions and the bottom line is that we need more taxpayers to support this growing cost

The solution to both these issues is staring us all in the face. Why is it being ignored by the people that matter?

Please share this post with friends and family or on your favourite Social Media site by pressing the “Share with Friends” Button below and following the simple instructions.

The more people that are aware of all this, the more likely something will be done to change things. You and I as individuals have more power to have an impact than ever, thanks to the internet and our ability to write and share posts like this one.

Introduction and Overview, Why people need a purpose in life

How To Live Your Passion And Purpose To Create Profits