The Digital and Internet Revolution has Changed Everything. 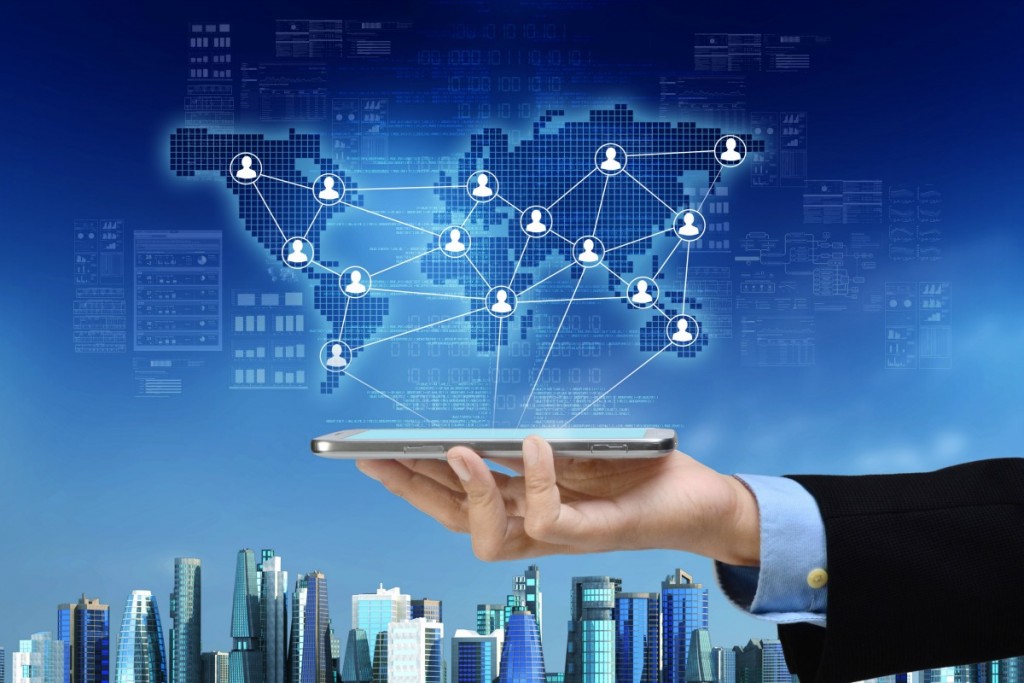 The reason I have included this important article and why you should read it is simple. The longevity revolution has given us all the potential for a much longer, healthier and wealthier life than ever before in history.

As a result, older people, whether approaching retirement or already retired, will need to ask themselves two questions:

Will my savings and Pension be sufficient for me to make the most of my longer healthier life?, and

How will I maintain my sense of purpose over the extra 25 or more years of my third life phase (60 onward)?

The good news is that when it comes to earning additional income in retirement, the internet has changed everything

In this article I have given you an overview of the impact the Digital and Internet Revolution has had on the human life experience over the last 20 years and taken a glimpse into the future and where it might lead us over the next 10 years. 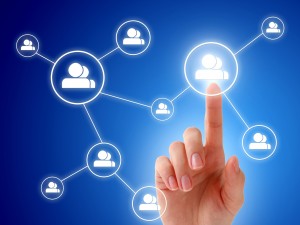 The Internet has changed everything – The World Wide Web – Dollar Pics

The Digital and Internet Revolution – A Brief Historical Overview

Over the last 20 years as the Internet Revolution evolved, humanity has integrated technology into the very fabric of it’s being.

Looking back, we can see that it happened in 3 stages:

In his launch presentation for the iPhone in 2007 Steve Jobs stated: “This will change everything,” and it has. Almost all of us now carry our Smartphone or tablet everywhere we go, and for most of us they have become indispensable. Over Two billion people own a smartphone. Australia, has over 30 million mobile phones for 23 million people.

Today we put our CV’s on LinkedIn and our life stories hour by hour on Facebook, and our photos and “selfies” on Instagram and Snapchat. Twitter has become a powerful tool where people can effectively send updates-mini blogs as often as they want to, and engage in dialogue with their followers

Personal privacy has been virtually wiped out in this super-connected world.

Google, the brainchild of two brilliant university students was launched in 1998, and as it gradually dominated it’s rivals has now become one of the world’s most valuable companies. Not only is it the world’s biggest search engine, it’s name has become a verb in the English language (Just Google it)  and it’s the first place we all go to answer almost any question, no matter how obscure.

Today, the internet revolution is having a bigger impact on humanity than the industrial revolution had on the agricultural age that had lasted since the dawn of man.

In reality the internet is still in its infancy, but even now it’s hard to imagine a week without your Smartphone,  or Social Media.

Can you imagine what will be possible in just 10 years from now? New opportunities and challenges emerge every day. In the next 10 years we will see the effects of this, and they will be huge.

Looking back over time, whenever new powerful ways to connect become available, once we had mastered them, they had a huge impact on business and life in general. This has been demonstrated numerous times since Alexander Graham Bell invented the telephone and made the first successful call in March 1876. The technology was then developed and refined over many years and it took many more years before it was widely available commercially.

The evolution of radio was equally protracted. The first radio telegraph (using Morse code), was invented by Marconi in 1895, and by the early 1930’s most households in the US and Europe had at least one radio.

More recently, email, Skype and mobile computing have shown us that the companies that adapt quickly, get a huge jump on those that don’t.

In a relatively short period of time, the internet has become indispensable. Today almost 3.1 billon people are online, websites have become an essential tool for communication for almost all businesses and social media has changed the way people connect and communicate.

Today about 42% of the worlds 7.3 billion people are connected. 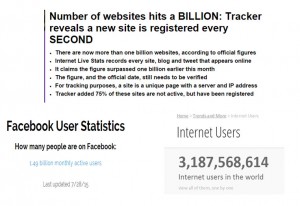 Imagine a world without the internet

Can you imagine what would happen if the Internet and World Wide Web were suddenly permanently disconnected tomorrow. What would the world be like?

It would be like going back in time to the early 1990’s. In that era most people had no idea what the Internet and World Wide Web was because it was still limited to the academics and the United States Department of Defense.

Here are just some of the things that internet and digital communications have given us; most of which we now take for granted, and that the younger generation have grown up with and cannot even comprehend life without:

The way we do business has also changed forever

The impact of the digital technology and Internet revolution on business has already been profound. Geographical limitations have been rendered meaningless in almost every sphere of business.

The internet and digital technology is even changing politics

In the last US Presidential elction, Barack Obama harnessed the power of social media and email to engage millions of supporters and raise money, breaking previous fundraising records. That innovative campaign enabled him to become the most powerful man in the free world, and to show the world the atrocities being committed.

It allowed the disenchanted in the Middle East and Asia to use social media to mobilise hundreds of thousands of people onto the streets and topple dictatorships.

Of course technology has it’s dark side. It can be used as an effective propaganda machine, recruiting young disaffected people to violent causes, as is now happening in the Middle East, with consequences being witnessed globally.

Our vanities, our prejudices, our failures to understand, our anger, our hatreds – the internet seethes with it all.

Where too from here?

The revolutionary changes in our lives due to technological evolution over the past 20 years has certainly shown that we can adapt and embrace rapid and major change and transformation due to technology, and it’s just as well because the next 10 years the rate of change will increase and be even more dramatic; changes that are difficult to predict or foresee.

The Tech Savvy younger generation are the model for the future. Today’s 20 year old has grown up with the internet and their smartphones, and tablets. So in ten years time, every person under 30 in the developed world and much of the less developed world will have known nothing else but their technology and they will adapt seamlessly as things change because they’ve been doing it all their lives.

Traditional ways of doing business will be virtually redundant (no pun intended).

Social media has provided a platform we are still learning to it’s full potential, but we are learning along the way.

In coming years there will be many creative applications that today we cannot even imagine. One of my favourite sayings is “We Don’t Know What We Don’t Know.

Once the creative people in the world, in all walks of life, realise the potential – instant and cheap access to a global market – and start to put it to work. The combination of the World Wide Web and Social Media has opened the flood-gates to the next revolution The Global Market. In fact it is already here today, but we are only scratching the surface; the potential is almost unimaginable.

The great news is that the ease of communication and low cost of marketing in the Social Media world, and the low barriers to entry will enable new entrepreneurs to become the powerhouse of this new revolution – to seriously compete with global giant corporations on equal terms.

In fact unless the giant corporations get wise, they will have a big advantage over them. I spent over 30 years in the world of Big Corporates in senior executive positions and one of the things I really didn’t like was how the politics and ways they operate stifled creativity imagination, and risk taking. Entrepreneurs on the other hand, know that great success does not come to those who stay in their comfort zones.

So the great news for you and I is – it’s not too late to join the internet revolution. Because its still only just getting started, the best is yet to come and we can all take part in ways that were inconceivable in the past. The domination of giant corporations are numbered.

So get off the shelf and onto the boat, the best is yet to come. The full impact of this revolution will not unfold for many more years.

I have recently released my updated free eBook “10 secrets to live a long healthy and wealthy retirement life.

You can get your personal copy by clicking on the link below:

10 Secrets To Live A Long Healthy And Wealthy Retirement Life

This report provides a helpful overview of what you will learn in-depth, if you join my new program “Blueprint for a long, healthy and wealthy retirement life”

I hope you have enjoyed this article, please feel free to let me know if you have any comments or questions by posting a comment below in this or any other article in the “Have Your Say” Box.

You are also welcome to share it with friends and family or on your favourite Social Media site by pressing the “Share with Friends” Button below and following the simple instructions.

I am excited to be sharing this journey with you and giving you help and guidance on your journey. I look forward to getting to know you better.

Introduction and Overview, Why people need a purpose in life

How To Live Your Passion And Purpose To Create Profits

Davos 2017 – Sergey Brin: The Future of Artificial Intelligence and Google