Dark Chocolate is Healthy Thanks to Our Gut Microbes 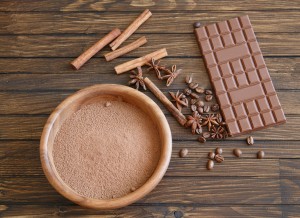 One of the most widely debated issues in the “healthy nutrition” area in recent years has been the benefits vs. the adverse effects of chocolate. For obvious reasons there is massive public support for the case that the positives outweigh the negatives.

Recent articles from Dr Mercola and Time Magazine provide a good summary of the key issues.

I have summarised the key points in this article. Please note that any notes in brackets are clarifications I have provided to simplify technical terms or names. Links to both source articles have been provided in the resources section at the end of this post.

A considerable number of studies are in agreement that dark chocolate has pronounced health benefits—provided you eat it in moderation (The Time Magazine Article states that one to two ounces per week is recommended by some researchers).

Dr Mercola says the same cannot be said for milk chocolate, however. There’s a big difference between your average chocolate bar and what could be referred to as “therapeutic” chocolate. He says that generally speaking, the darker the chocolate, the higher the antioxidant content and that milk chocolate has few if any health benefits, as it contains limited amounts of cacao.

He goes on to say that in general, it seems preferable to consume smaller amounts of chocolate at more frequent intervals, in order to ensure a steadier stream of nutrients in your bloodstream.

Certain types of dark chocolate, as well as raw cocoa powder and cacao, are powerful superfoods, ranking among the most anti-inflammatory and antioxidant-rich foods known to mankind.

According to Dr Mercola, recent research has shed new light 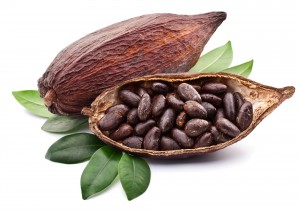 on the mechanism that makes cocoa powder and dark chocolate so beneficial for your heart and blood vessels. These benefits, it turns out, are largely dependent on the action of beneficial bacteria in your gut.

He adds that “Research presented at the National Meeting & Exposition of the American Chemical Society (ACS) claims to have unravelled the precise reason why dark chocolate is so beneficial. While it’s known that cocoa powder is rich in potent antioxidants called polyphenols; it was previously thought that these molecules were poorly digested and absorbed due to their large size. Researchers have now discovered that certain bacteria in your gut actually break down and ferment the components in dark chocolate, turning them into absorbable anti-inflammatory compounds that benefit your health.”

Previous research has also shown that eating dark chocolate may help promote gut health by selectively feeding beneficial bacteria, as opposed to harmful ones. It essentially acts as a probiotic, thereby promoting a healthier gut-microbiome (i.e. a community of micro-organisms living in our gut).

Other Health Benefits of Dark Chocolate

Besides antioxidants, chocolate also contains other beneficial potent plant compounds. The following list provided by Dr Mercola highlights just some of the benefits conferred by the cocoa bean:

(Wow, I think based on that list we should all be eating dark chocolate)

Determining Quality Can Be Tricky

According to Tod Cooperman, president of ConsumerLab.com, which performs independent tests on health products, a recent investigation revealed there’s a wide range of quality when it comes to chocolate, and it’s rare to be able to tell quality by the label alone. Some brands tested did indeed have high levels of antioxidants, but others did not.

What to look for on the Label: In general, the darker the chocolate, the higher the cacao content. However, cacao is fairly bitter, and the higher the percentage cacao, the bitterer it is. The flavonol (Phytonutrients produced by plants) in cacao are what make the chocolate bitter, so manufacturers often remove them. But, it’s the flavonol that are responsible for many of chocolate’s health benefits. To counteract the bitterness, most chocolate is sweetened, so it’s a matter of balancing nutritional benefit with palatability. So, read the labels carefully.

In addition to high cacao content, you also want to evaluate each product for the following:

· Type of sweetener: Dr Mercola says that “not only should you choose chocolate with low sugar content, but you should also look at what form of sugar it contains. If you can find chocolate sweetened with Stevia or Luo Han (both of which are natural sweeteners), that would be preferable to commonly used sweeteners such as cane sugar, fructose, or corn syrup”. He also warns us to avoid any product containing artificial sweeteners.

· Type of fat: In his article, Dr Mercola says that “Fat in chocolate, as long as it’s the right kind, is a good thing. It slows down the absorption of sugar, lessening the insulin spike. Ideally, the type of fat in your chocolate bar should be what is contained in the natural plant—cocoa butter. The primary fatty acid in cocoa butter is stearic acid, which is the only saturated fat that favourably affects HDL (n.b. Good cholesterol), without adversely affecting LDL (so-called bad cholesterol)”.

He adds that “coconut oil would be the next best fat in chocolate. Make sure you avoid soybean oil (and any other form of soy), and other vegetable oils and transfats”.

The links to the original articles can be found in the resources box below:

Free Special Report: 10 THINGS YOU NEED TO DO TO LIVE TO 100 – ON HOLD Obesity – Bigger Bodies Causing More Cancers

Why Most People Need Dietary Supplements

How a vegetable based diet burns fat naturally

Antioxidants-What are they? Why do you need them?